Tis the season for mulled wine! It’s a smell that just screams Christmas, but not being a wine drinker (much to my parents’ dismay) means I usually miss out on this festive flavour. However, I have noticed a few coffee shops now do some form of spiced fruit juice as an alternative, one of which I tried and immediately decided that this would now be my festive drink of choice! I also decided that I wanted to try making my own, as it seemed like a straight forward enough combination of flavours to recreate, and I imagined it would make the house smell pretty damn good too. As with my baking method, I scanned through some recipes online and picked out elements from a few that appealed most to me (quick, easy, no ginger etc) and then made it up as I went along…

You will need:
1 litre Apple Juice
1/2 litre Cranberry Juice
Dash/glug to taste of Orange Juice
2 (or more) cups of water
2 oranges
Cloves
Cinnamon sticks
Ground Cinnamon
Brown Sugar
Fresh cranberries (optional, mostly for decoration and you’ll only need a few but they’re in a lot of festive recipes so could come in handy!)
1 large saucepan
A hob
A glass of some sort
Optional: vodka/rum/spirit of choice 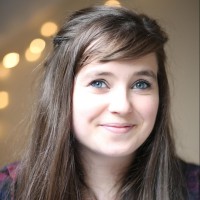 […] This one went along with a little blogpost with a recipe for mulled fruit juice which you can click here to have a look at! […]